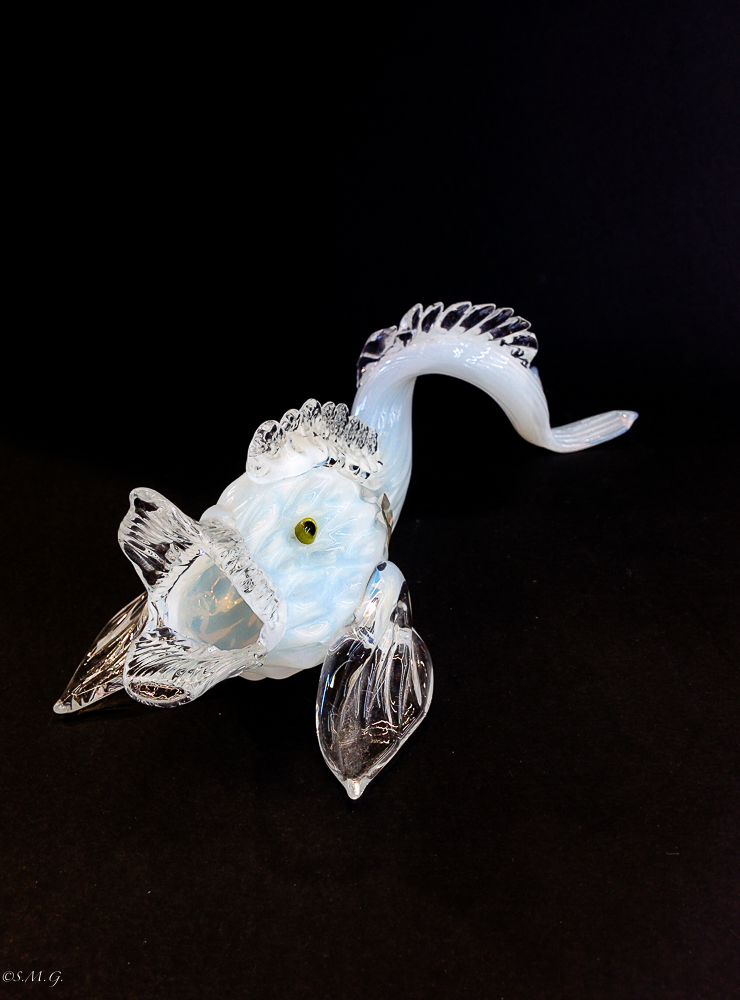 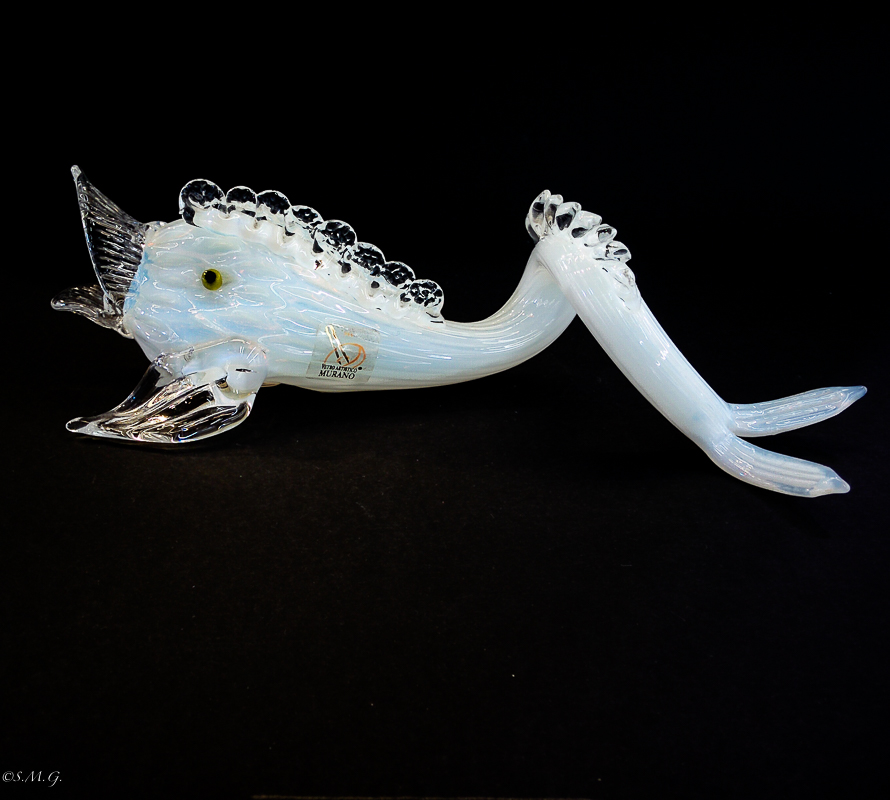 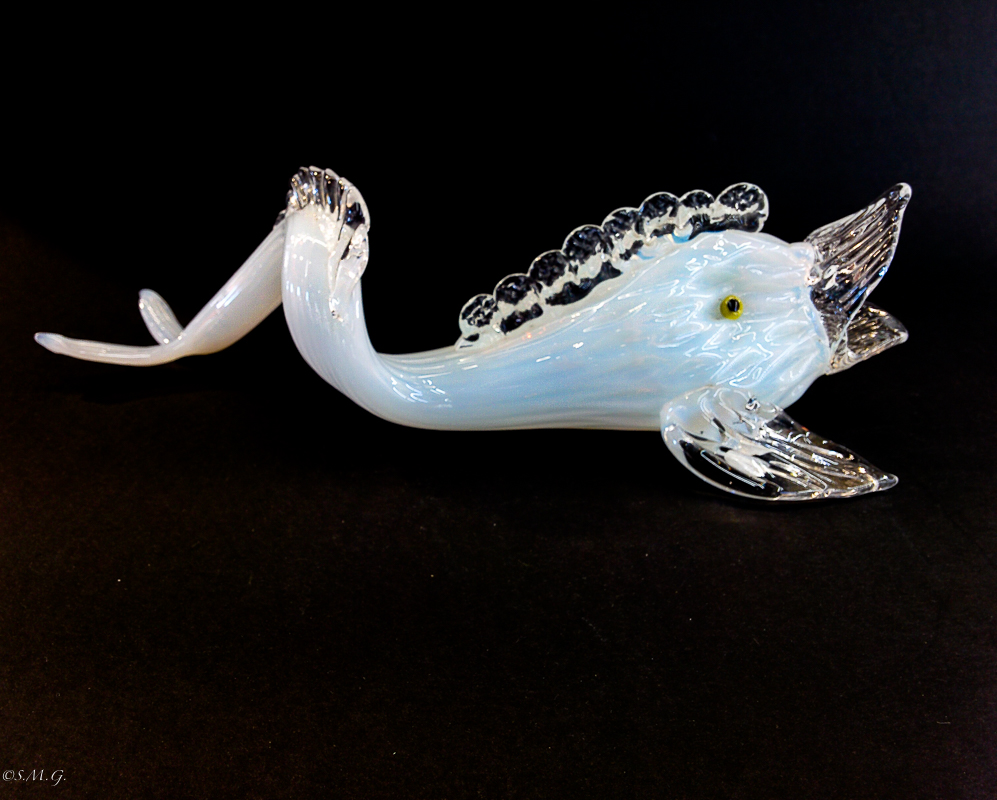 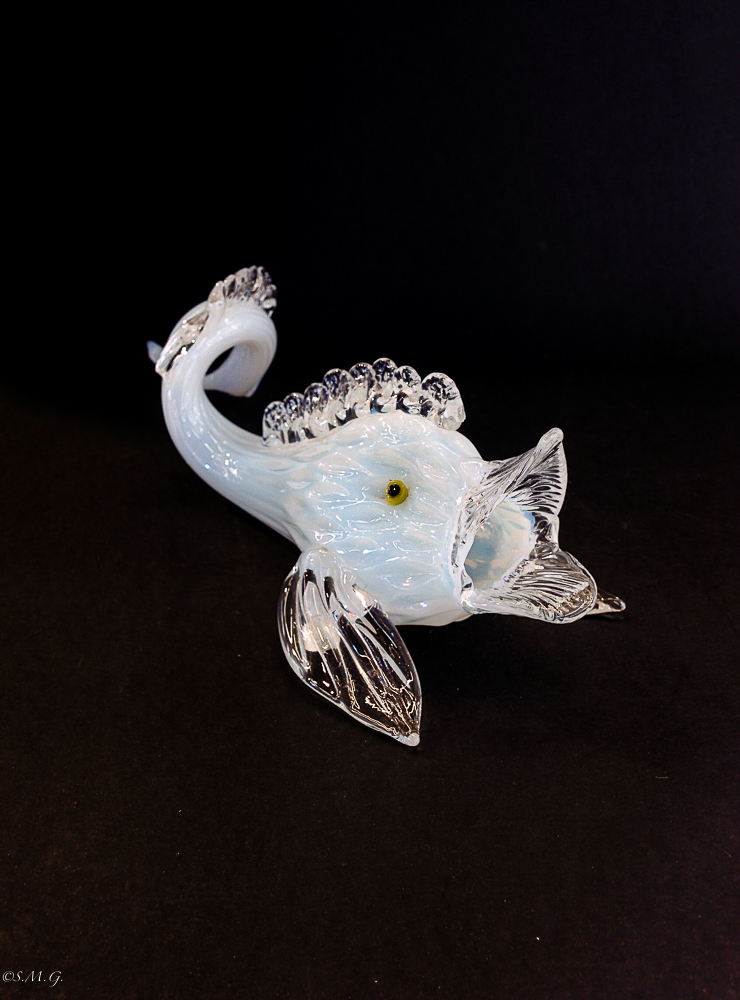 Replica of a beast made by Elite® Murano Glass factory in the mid 80’s, representing what seems to be a White Dolphin, according to the reference.

Murano Glass production during the 19th century  was probably the most underrated and unknown age of all, because of a lot of factors:
The end of the Serenissima Republic in the first place, and also because of a sort of limbo between the glory from the past, the dark times lying ahead.
During this time and until the  come back to semplicity and design of the 20th century contemporary glass era, Murano Glass masters began to produce extremely elaborated items, replacing dolphins, swans and other typical ornamental animals with monsters and beasts, coming from outside cultures (like dragons, serpents, crocodiles etc)